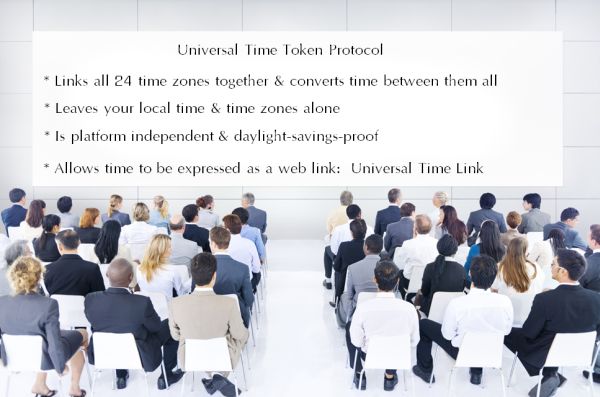 UTTP is the answer to joining time zones together

We believe the UTTP Global Time Zone is the best current proposal in the world for a Universal World Time solution that unifies all the time zones, while leaving the existing time zones intact.The idea is conceptually quite simple, though it has not been so quite simple to implement.

(1) Single Standard Time Zone: Remove the existing time zones & have just one, based on one UTC +0 standard time zone

Without any poll done on this subject, it is probably fairly safe to say that the vast majority of people will not want either of the above time models. Either of the above systems would cost trillions of dollars in implementation, governmental agreements, & running two parallel time systems for a decade or more, not to mention the local political challenges for each government to get everyone to accept. Such an undertaking would be hard enough even in non-democratic countries, let alone democratic ones.

A Universal World Time solution will clearly only be accomplished by the popular acceptance of a solution that is proposed as a fully functional system, such as UTTP’s proposal of an active system. 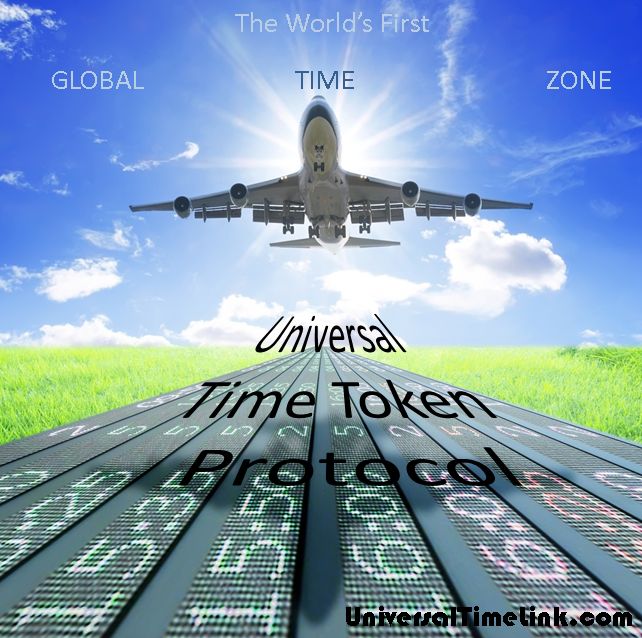 Time zones are necessary because the Earth, unfortunately, is a spinning sphere.  We may have internet and be connected etc, but we’re more local than global when it comes to time. We need time notation to have the same meaning to everyone, where ever they live.  When someone tweets “Whoah, I didn’t get up until 10am this morning”, then everyone knows exactly what 10am means. While watching a movie, one of the characters may say “Hey Dad, it’s 11pm, I’m going to bed – see ya tomorrow.”  and all viewers will know exactly when 11pm means. We are labelling this as: ‘Common Time Association’. Both of the above examples are referring to the use of time for Common Time Association.

The vast majority of time usage is in someone’s expression of time, where everyone hearing or reading an expressed time, is able to understand when it is, because of Common Time Association. If we were to have one global time zone with one global time clock, then the loss of Common Time Association for the human race would cause terrible confusion, frustration, anxiety & financial cost.

A World Stripped of Time Zones

Let’s move into a world that has removed all time zones & has only one static time zone, with only one global time clock. ‘James’ lives in Houston, & the world operates on one time zone & a global clock time. At 18:00 James reads a news article:

“A popular New Zealand ski slope had a massive avalanche at 11:14 measuring 7.6. Fortunately it was night time, so no-one was hurt. “

Remember that 11:14 is both the same clock reading & moment of time globally in a world with no time zones. James knows what part of the day 11:14 is where he lives. But James has absolutely no idea what 11:14 means in New Zealand. And he will never be totally sure of what part of the day it means for New Zealand, unless he looks up a chart. He doesn’t know because there is no Common Time Association. Time Zones were created  to give the world both synchronicity & Common Time Association. Time Zones are one of the greatest innovations in the last 200 years, & removing them would remove an indispensable innovation.

UTTP advocates strongly to leave time zones alone. Time Zones have produced enormous economic gain for the world. If it ain’t broke, don’t fix it! Having said that, we need to be clear on how the UTTP Global Time zone works. While we are not tampering with the existing time zones, we are definitely ADDING a new time zone, which is a global time zone.

So, what good is a common time token, or as we call it, a Universal World Time? The example ac1640 obviously isn’t palatable or digestible, & by our very own definition, it definitely has no Common Time Association. The answer is that a time token (eg: 2003D6KP4Z) is never used by you directly. Rather, it is created at the UTTP Timulator page when you enter a local time that you wish to express to people. After entering your local time, you will be given sharing options for posting your newly created time token to whatever audience or number of people you wish.

As just explained, you now understand that the Universal Time Token Protocol (UTTP) is simply converting a local time that you have entered, into a time token, which you dispatch out to the world. When others see this time token on the internet somewhere, they won’t have a clue what it means, but it will appear to them as a web link, or as we call it, a Universal Time Link. Anyone who clicks a Universval Time Link will then be referred to a page displaying their time token resolved into their own local time. What some may call a slight inconvenience, others would call a great insurance to know that they have the correctly converted time intended by the sender.

An example use of a Universal Time Link is:

Hi guyz, the World Tennis finals In Germany will begin at UniversalTimeLink.com/2019BSSJKW – just for those who want to watch it live! 🙂

A Universal Time Link is exactly what it’s name describes: it is the same moment all over the world that refers to a year, month, date, hour & minute, as a clickable web link. Being able to convert your own local time into a Universal Time Link, that others can simply click for their own local time is a great step forward, & is certainly much easier than having to visit time zone conversion calculator sites.

Remember how this article started off declaring that the UTTP Global Time Zone system is not complex? Well, it isn’t to you, the end user. But in the background a lot has to happen for it to work for both the sender & receivers, & for a single Universal Time Link to decode into the time zone it is in when clicked by a recipient. Apart from determining exactly which time zone the sender or receiver is in, UTTP.com needs to interrogate the time zones of both a sender or a receiver of a Universal Time Link, for precise zonal information, especially regarding daylight savings.

How does a Universal Time Link Constitute a Global Time Zone?

The primary goal was to make time universal, which required tokenizing time into a common time token, or time protocol. Once the time protocol was stable, it needed to be easy to post for people, so we developed the user-interface, called the Timulator. For recipients, a UTTP time token needed to be easy to convert into their local times. So to do this we packaged the time protocol into a clickable web link, that recipients could simply click. But to make the automatic local time decosion work, we had to develop something fairly complex, which is a background agent called Enhanced Time Zone Intelligence (ETZI). ETZI has to worry about the time token all the way through its journey, but that is it’s job.

Having a globally common unambiguous time token is one thing, but ETZI has to sit on top of all the other time zones & link up with all of them. Once in full global operation, ETZI will be carrying out, at rare times, millions of time requests per minute, converting to & from the 576 possible pair combinations from many time zones. ETZI is the ‘brains’ that manages the conversions between it’s own time zone and all the others, PLUS it has to figure out the precise moment of daylight savings for each time zone in order to avoid Daylight Transitional Hour anomalies.